Please​.​.​.​Don't Tread On Me (The Whiskey Tango Revue Sessions) 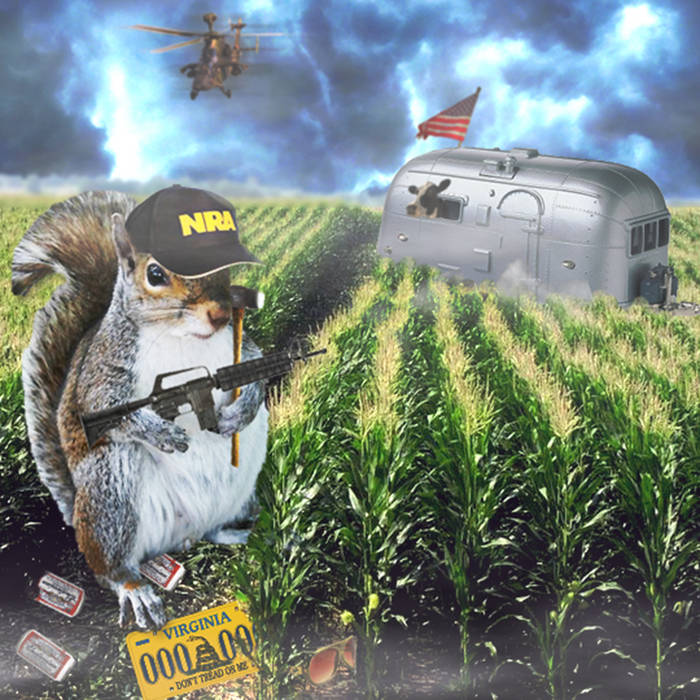 I had a few songs sitting around that wanted to be recorded, so I emailed the guys in Whiskey Tango Revue to ask if they’d help me play them. They said yes, and we did just that. We didn’t really rehearse the songs as much as just “go over them” a few times, then had Zac hit record. After that I recut a few vocals, had my fiancé put some viola and vocals on a couple of tunes, and sent one track to Richard to add keys. I thought some of it came out pretty good and decided to put out an EP.

The themes for this EP are as follows:

Make it on your own.
Leave me be while the world goes to shit.
I'll fight the good fight but only to a certain extent, then I pack up and go home to my woman, get stoned and let someone else figure out the solutions.
I will just blend in and play the game and make some suspect choices but not acknowledge them.
Play along.

As for the last song, NRA…

I was about 12 when I got my first gun. It was a 4-10 shotgun. I think my great uncle Ralph found it for my dad at a flea market or gunsmith and it was my Christmas present. I was always taught to respect the gun and its power. I would load the chamber but not close the gun making it impossible to fire when in the truck or climbing under a fence or such. The first time I went dove hunting I used two boxes of shells (25 each) and didn’t hit a bird. I got better though, upgraded to a 20 gauge, and enjoyed an occasional bird hunt and skeet shoot.

Anyway, this song isn't about hating or loving guns. My original focus when I wrote it 6 or 7 years ago was a rant against the NRA and their putting gun manufacturers’ interests above public safety. But in light of recent developments and the national discussion on guns, a national gun registry, the increased spending by the NRA lobby, the need for “hunters” to have an AK47 and 1300 rounds of ammunition etc., I thought I’d record a version, put it out there, and let people think of it what they want. Of course, Paul wouldn’t let me do that and insisted on putting in some audio clips so the NRA wouldn’t use it as propaganda and Ted Nugent wouldn’t cover it, and I agreed to that.

I hope it makes you think or adds a little piece to the gun debate. Obviously there is a problem and I like thinking about problems and debating ideas to solving them…even if I don’t have an answer.

Speaking of, I think the problem I have at the moment is I don’t have a beer.

jangly records in connection with Step Out of the Line Records

Bandcamp Daily  your guide to the world of Bandcamp